Go safaris Africa is a Rwandan Tour operator company with over 12 years of experience creating and tailoring Safari packages in Rwanda, RD Congo, Uganda, Kenya and Tanzania, such as mountain climbing expeditions, Gorilla trekking, wildlife safaris, culture and fauna tours and beach holidays. We offer the most competitive rates and offers for beautiful destinations throughout East African countries. East African countries are home to wildlife, The most famous destination in Rwanda in Volcanoes National park which has become synonymous with mountain gorilla tracking safaris no visit to the land of thousand hills would be complete without visiting these majestic primates. RD Congo, Kahuzi-Biega National Park is home to the rare Eastern lowland gorillas (Grauer’s gorillas). The park is named after the two spectacular extinct volcanoes which dominate its high altitude sector, Mont Kahuzi (3,308 m) and Mont Biega (2,790 m). Grauer’s gorillas are the largest subspecies of gorillas. By 2015, it is estimated that 3,800 Eastern lowland gorillas are left living in only two national parks – Kahuzi Biega and Salonga National Park in Central Africa. Tanzania is “the” classic safari destination and should be on top of every traveller lover’s wish list. 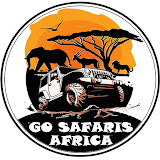 SINDAYIGAYA Jean Marie Vianney
Go Safaris Africa is a Tour company has a great services, like self drive car hire in Rwanda and wildlife safari Guided in East African countries

Tanzania is “the” classic safari destination and should be on top of every traveller lover’s wish list. Visit Tanzania are nationals parks designed to suit all kinds of interests, preferences and comfort levels Serengeti National Park is the home of the Great Migration and may especially reasonably be one of the last confirmed untouched phenomena on a planet, The Serengeti is the place for a stunning photo safari, a destination that completes your most fantastic goals. Visit Uganda, which has been described as the “Pearl of Africa” such of its natural beauty and charm with amazing whitewater rafting and the serene Lake Victoria also on offer, this lovely country will astound you with all that there is to see and do.

No Longer Need An Act Of Congress For Pets To Ride...

We provide you with the latest breaking news and videos straight from the entertainment industry.
Contact us: contact@yoursite.com

No Longer Need An Act Of Congress For Pets To Ride...